As you will have read over the last couple of weeks we have been very busy with foaling mares and dealing with the diﬀerent issues that arise with foals once they have been born. It’s a tricky time of year for everyone involved, late nights are followed by early mornings and after a long winter this schedule puts us all to the test. This is however only one side of our business here at Gow Equine and with the Guineas Breeze Up sale fast approaching we are about to take a step into the unknown with our ﬁrst three horses due to compete against the Tattersalls clock at Newmarket next week. 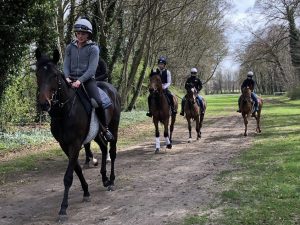 The Breeze Up project was launched last year and with the support of Egerton Stud the ﬁrst horses arrived to be broken in last October. It’s been a very exciting and enjoyable seven months, there have deﬁnitely been some lows along the way too but we have learnt from them and moved on. There was a real buzz around Newmarket last week for the Craven meeting and Breeze Up sale, the weather was fantastic and we are hoping for more of the same next week. Our three entries all seem to be on good form and they will get there last piece of work this Thursday on the Cambridge Road polytrack. This is our last chance to see where they are at physically and mentally, so ﬁngers crossed all goes well. 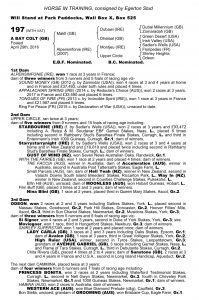 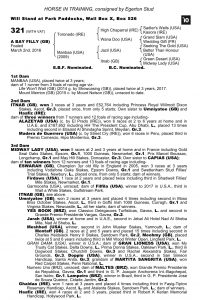 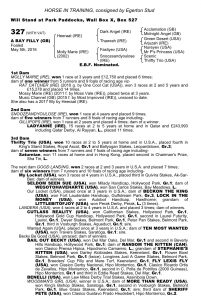 There have been mixed opinions on the Breeze Up sales so far this year, Ascot was an extremely tough sale, the weather was horriﬁc and the conditions were far from suitable for horses to Breeze in. I really felt for all the consignors and vendors who had put so much work in to getting their horses primed for the day, even though it was the same for everyone it must have been very disappointing. Doncaster again was diﬃcult even though the ground was drying out it was still very cold. There was a much better turnout and as a result trade was stronger. The Craven has certainly been the sale to date, the weather was incredible and with the inclusion of two days racing, the atmosphere was much improved and there were some large sums of money being paid for the top lots. 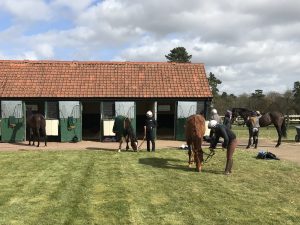 After the Guineas we will travel down to Deauville for the Arqana sale. We only have one horse, however he is very special to us. He is by Dansili and out of a mare called Hanami who won at Group two level. Dansili himself has now been retired which makes his progeny even more special. Our colt was originally entered for the Craven Breeze Up sale but suﬀered a set back with a severe blocked sinus. NEH’s Will Barker and the team were incredible and the colt has never looked back. We are very much looking forward to the Arqana experience and hopefully he will sell well. 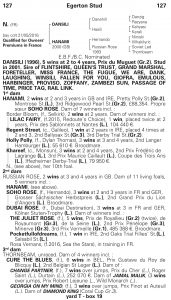