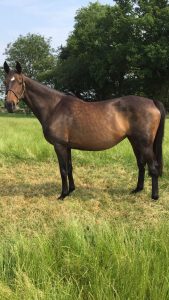 When a new mare is set to arrive at the GOW Equine Stud, there are a few things that have to be done before she can join our herd. Boarding a mare at stud is when a pregnant mare arrives at a stud farm to have her foal, which is referred to as foaling down.

We start off by ensuring that all the mare’s vaccinations are up to date. Vaccinations which need to be done or checked before a mare arrives at a stud to foal down are EHV (Equine Herpes Virus), and Flu & Tetanus. Generally these vaccinations are done annually with most horses to ensure the control of such viruses amongst the horsey world.

To check up on any diseases that may be present, we insist on blood tests which are taken prior to arrival of the mare. These help us rule out infectious diseases such as Strangles, which is a bacterial infection of the upper respiratory tract of horses, causing enlargement of the lymph nodes in the throat, which may impair breathing; and Herpes which can cause respiratory problems, abortion in pregnant mares and, in rare cases, neurological problems leading to paralysis. So all in all not something you want on your farm or near your horses!

Both vaccinations and blood tests are crucial and need to be confirmed as negative before a mare arrives at a new stud because it ensures both the mare and foal in utero are protected but also that any livestock already currently boarding on the stud are also protected.

Lastly, it is also important to ensure the mare is fully up to date with a worming programme before she travels and arrives at a stud. Deworming horses ensures protection against a host of pesky critters that can cause havoc on a horses gut and general well-being. They are also very easily spread between animals.

We advise that a mare should arrive to board around 6 to 8 weeks prior to her foaling down date. This is important for a few reason, all ensuring the best pregnancy!

On a stud farm like GOW Equine, there is a dedicated and knowledgeable team of people who know just what to do in any situation. They are ready for the problems which inevitably come with these big animals, they can handle just about anything! Most importantly they know how to put the mare and her foal at ease, ensuring a smooth and comfortable pregnancy and birth.

Want to know more? Give us a call today, its breeding season and we are loving it! 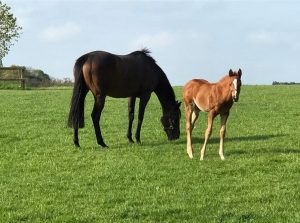